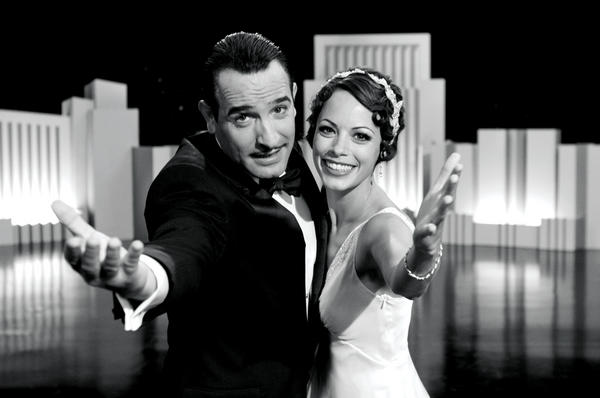 Still from “The Artist” film.

“People say there’s a difference between movie acting and stage acting, but acting is acting. Getting back on stage is like getting tuned. You tune your instrument.” – Christopher Walken.

A common misconception among inexperienced film directors is the thought that directing for theater and directing for movies are different. It could be true if you saw a director’s job as editing, cinematography, sound and visual effects, and forgot about the directing of actors.

Let’s explore directing in the theater which is truly a very different world from film. First, it’s not as easy to hold attention of the viewer. The actors are live and real, and very close to the audience in a completely different atmosphere. In the theater, it’s difficult to hide an acting problem with VFX and sound effects, and you can’t cut bad acting and replace it. If a director is unsuccessful in directing actors, it’s most evident and immediately visible in the theater.

In the Moscow Art Theater (one of the best theaters in the world) an actor impresses the audience by walking from the back of the stage to the front, taking about one minute to do so. The actors must not overact for this effect to work as the audience is impressed by very minor emotions.  It’s commonly thought that actors in the theater should overact (do everything loudly and gesticulate more in order to be seen in the back rows.) But we historically have moved from a result-oriented direction and art of performance era into the current era of acting and directing using the art of living. To emphasize this point, I repeat: result-oriented direction leads to fake emotions and it is a dead form of performance. The main goal of directing is the truthful performance.

(1) Realistic form, based on the art of living. It is done as real, nothing magnified, actors act as real persons in real life.

(2) Non-realistic form, based on the art of performance. Actors act louder, wider than in real life. It is different style of acting and directing and there are many directors who use this style of theater for a certain effect and genre.

However, there are no obvious visible borders between these two styles. In general, a well done stage (or even film) performance might be a mix of these two styles. But, in order to be noticeable, emotions do not have to be bold and overacted. Stanislavsky used to say in his theater rehearsals “cut everything by 95 percent”, meaning do not overact.

We like to watch films in the movie theater. A big screen and good sound makes a strong impression.  So let’s discuss what happens inside a movie theater. The viewer sits down and sinks deeply to his chair under decibels of Hi Tech sound. Smart and intellectual montage, editing, and VFXs done well, the viewer becomes very impressed and amazed (and is eating his popcorn very fast.) It cost millions of budgeted dollars to achieve this, and it works!

Watch the movie The Artist, directed by the French director Michel Hazanavichyus. It’s a black and white, silent film released in 2011. Thanks to the great director’s work, we see truthful, believable emotions that are hardly noticeable. The film won many international awards. In this movie, we see a great example of modern acting where the actors followed their objectives and believed in the given circumstances. Although it’s modeled after the black and white, silent era, it’s not like that period when the art of performance was the most common acting method.  You can see the difference because the actors perform the art of living in this movie, and there is no result-oriented directing. And even though it is a modern movie, there are no VFX and sound effects!

Director F. Coppola worked on the movie Apocalypse Now (1979) for about 3 years and eventually the actors created good characters. The film received many awards and it’s thought of as one of the 50 best films of the last 50 years. It demonstrates the importance of the preparation of actors and developing characters. Most often, the more time you spend in actor preparation and character development, the more believable/truthful the characters will appear in the film. Character development is time consuming, but yields a powerful result. And conversely, it’s usually quite visible when the actors are unprepared, when they didn’t have the time to acquire all the back-story of the character as their own. Actors who believe and accept given circumstances as their own can warm their performance by real emotions and feelings and thus, create a movie memorable. If you really care about getting your audience deeply attached to your story and your characters, be ready to have time for the actor’s character development. This is something we will explore it in detail in this book later. In conclusion, the methods for directing and the preparation of actors are basically the same for both the theater and for film. Coupled with life experience, a director who can direct actors properly will be able to successfully work in the theater and in film. 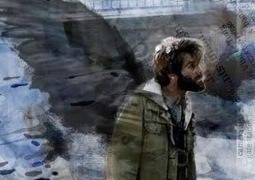 0 thoughts on “Directing Actors for Film and Theater”