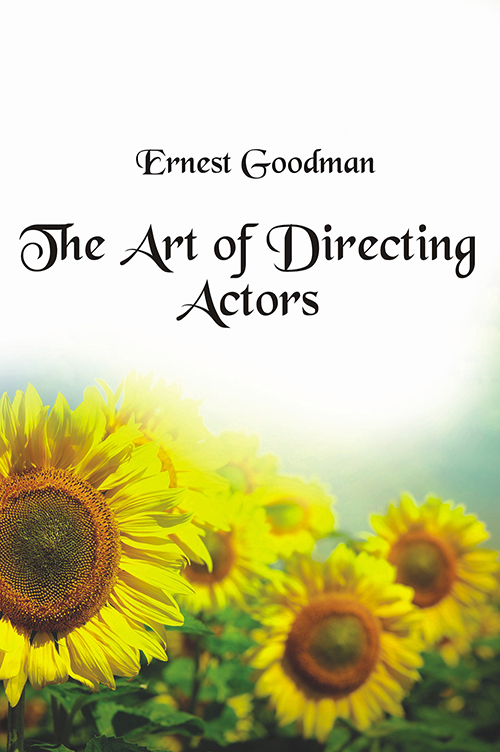 Second updated edition of the book will be published soon. It will be available at amazon and other major online bookstores.

The Art of Directing Actors book may be one of the best your investments in your directing career. Why? Because it will teach directing actors so much. I know how much I’ve learned while gathering the information for it.
This is a handbook that has all the tools you’ll need to effectively direct actors and to create memorable performances.

By detailing out modern and classical methods for directing actors, you’ll have a complete and versatile toolbox to draw on for use in any film or theater production (17 tools). The Art of Directing Actors points out the most common mistakes made by film and theater directors and actors, and offers ways to do better. In addition, a full list and classification of action verbs with a thesaurus, plus examples of a full script breakdown (The Bear by Anton Chekhov) with objectives, actions, and other tools are included. Finally, there are exercises in a useful format so you may apply your understanding of the several methods of directing actors.
Film directing is a relatively young art form, emerging almost 100 years ago. Theater art, on the other hand, has existed for thousands of years. This book is about the art of directing actors, whether it is for film or for theater. The inner life of the actor, acting techniques, certain rules of human behavior, common mistakes of the director, and various methods of directing are discussed.

Average directing is a craft; good directing is a skill; but great directing is an art. In the world of artistry, it is the artist’s vision and creativity that transforms the ordinary into a master piece. Directing actors as well as directing by itself requires a possession of inventive and imaginative skills. Shot selection, camera movements, blocking and mise-en-scène as well as instructing actors are not just mechanical skills, they are creative choices.

Learning methods for directing actors is not difficult by itself. The main difficulty lies in the application of the methods. By continuous practice and experience over time, good directing will follow in an easy, elegant and graceful way. Being graceful is a supreme goal of an artist, and a director is an artist and the reason this book is called The Art of Directing Actors.

The Art of Directing Actors may look like other books you have seen, but there are some important differences which will make it easier and more helpful:

– concentrates on the most common mistakes made by film and theater directors and actors (“20 examples of the result-oriented and general directions”). We sought to keep the guide complete enough to answer all your questions without becoming thick enough to become a doorstop. The Art of Directing Actors has all the tools you need to effectively direct actors and to create memorable performances.

– presents directing actors as a practical psychology: the art of managing human behavior.

– explains modern and classic methods of directing actors (17 methods or tools of the director and actors). You will have a complete and versatile toolbox for use in any film or theater production. You need not look in other books to find these tools.

– presents a comprehensive source-book for directors and actors. It contains a full list of action verbs with  a thesaurus and  a classification of action verbs, examples of a full script breakdown with spines, needs, objectives, actions and adjustments.

– gives the practical application of the tools (The Bear, The importance of being earnest). You will have the script breakdown of the classic plays of Anton Chekhov and Oscar Wilde.

– offers exercises in a useful format. In order to apply your understanding of various methods of directing actors, explore the relevant exercises.